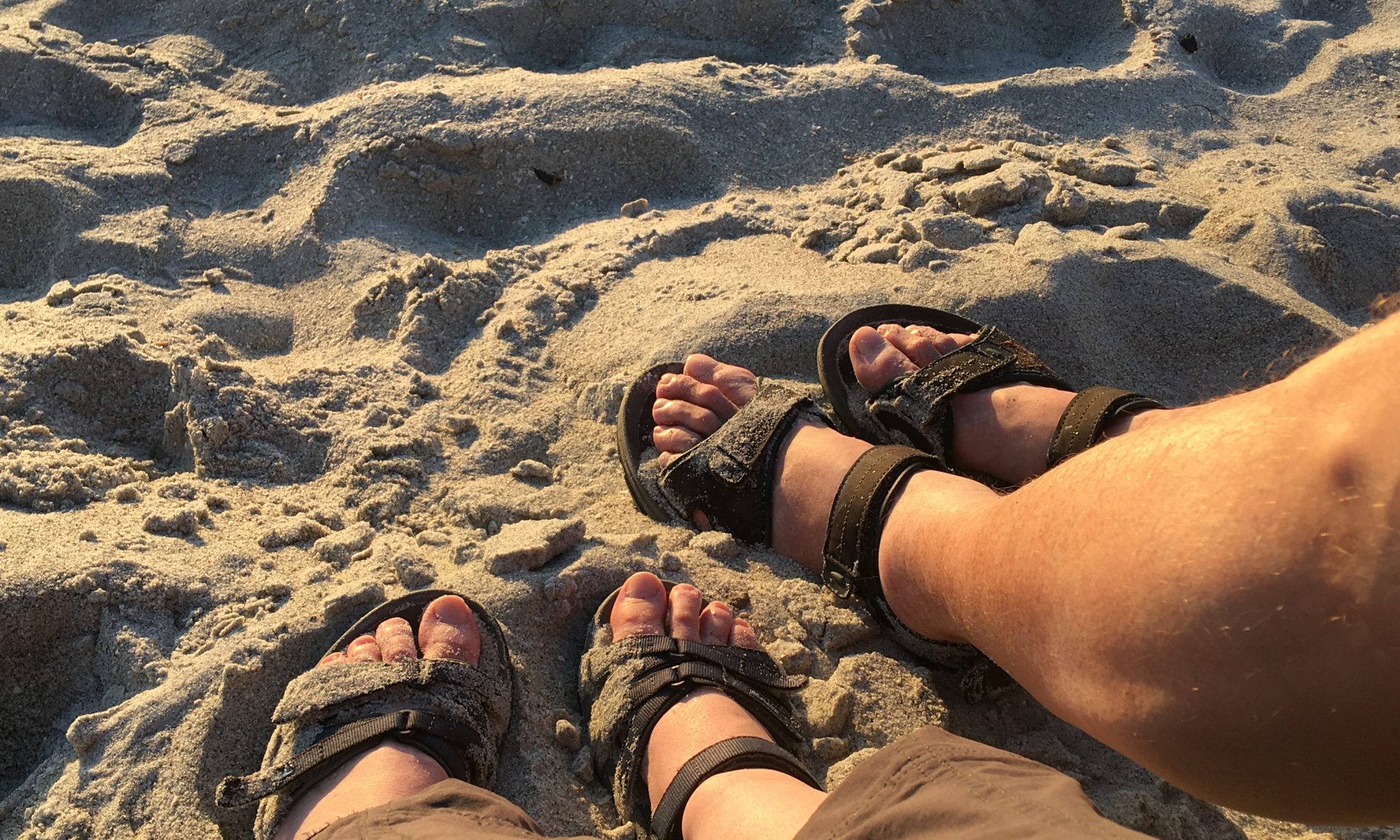 As you may remember from an earlier post, our Florida road trip was to be focused on visiting Great Loop locations and attending the Boat Systems class by Chris and Alyse Caldwell.  We planned to spend a couple days in Fort Myers, cross the state driving along the Okeechobee waterway, and end up in Vero Beach for the class. We hoped to maybe, hopefully walk a dock and catch a glimpse of a looper flag or two.

Well, that didn’t happen as planned!

At Fort Myers, we were able to visit Fort Myers Yacht Basin, Legacy Harbor and EdisonFord marinas and meet loopers at each one.

We collected our first handful of boat cards. This is very exciting stuff for wannabes!

When we knew we were coming to Florida, we decided to contact Curtis Stokes & Associates to see if we could have an entrance conference. We plan to use them as buyers’ brokers and thought it would be a good idea to introduce ourselves, seeing as we’re within a two-year window.

Turns out they aren’t in Florida all the time, so we had a zoom conference with Michael Martin a couple weeks before our trip. In addition to informing us about certain financing and insurance realities (which I’ll cover in another post), he said he’d fly down to Fort Myers to meet us and see if he couldn’t get us on a few boats. (I did mention “exceded expectations”, right?)

The main objective of seeing boats with Michael was to see which boats fit Lance, headroom-wise. There are a number of types of boats that we have not had the opportunity to see in the Puget Sound area. As we told Michael, “We don’t know what we don’t know” in terms of what is out there.

This is the type of information we would have learned during a Looper Crawl at an AGLCA Rendezvous, but due to COVID, we’ve missed out on a year of crawls. So after sending Michael links of the types of boats that interested us, he lined up six “motor yacht” style vessels of various sizes and brands to look at.

Understand that not all these boats were for sale. Several of the boats were friends/clients of Michael that were willing to let us come on their boat and look around. It was like our own private Looper Crawl.

We learned a thing or two. I’ve updated the headroom spreadsheet with the new “does it fit” information.

We discovered a new “must” for our looper boat: engine access through the salon floor.

We saw several Carvers that have engine room access through a nifty under-the-galley-stairs opening. It is very cool boat design, but it just won’t work for us. It is too small.

The “headroom” available when taking up the floor seems like the way to go, despite the negatives of having to disassemble the floor if you have an urgent engine problem in not-so-nice conditions.

Which loopers did we meet? Well, to drop some names, Jack and Joanne on Jackpot (4450 Cruisers Yacht), John and Deb (and Cheeto) on Saltaire (Carver 440), Ben and Chantale on At Ease (445 Carver), and Scott and Karen (Capable Cruising) on DunRunnnin (Meridian 408).

(I’ll note that At Ease is/was for sale and seems a great deal for a meticulously kept and upgraded boat. It isn’t for us, but Michael Martin says he’ll be surprised if it isn’t under contract soon. )

Walking through Legacy Harbor we met and said “Hi” to Brent and Sarah (Mom with a Map) on Light & Salty, Laura and Ben (panbo.com) on Have Another Day, and a Looper couple on the dock who had just finished a week on the boat with grandsons age 4 and 2! I didn’t catch their names, but as a grandmother of similarly aged kids I have great admiration for them.

Michael also arranged for us to see a sedan style Meridian 381 and a Carver 41 Cockpit Motor Yacht. These were for sale but are not looper boats. We could see a definite difference in the maintenance of the looper boats and the others.

I guess what they say about Loopers boats being well maintained is true, at least based on our limited sample.

There was some discussion that all the boats that were purchased during COVID, as an escape, may come onto the market when people realize the cost of boat ownership. That might make prices come down, but those boats might not be well-maintained during that period. It remains to be seen.

In a fitting end to our better than expected time in Fort Myers, we took Michael’s advice and tried out the cake and key lime pie at The Bubble Room on Captiva Island before catching a sunset over the Gulf of Mexico.

As we were sitting in the sand watching the sunset, I said, “The only thing that would make this better would be if a dolphin would swim by.” And wouldn’t you know it? Not 10 seconds later one swam by! Expectations exceded.

Next post will be all about Chris and Alyse Caldwell’s Boat Systems class. Spoiler alert: it did not disappoint.

7 Replies to “Trying on boats for size – Fort Myers”

As an accountant with an interest in personal finance and financial independence, I’m always curious how individual loopers make the dream happen. We’ve had fun exploring Looper planning stories (Spotlight Backstories). You can read about OUR planning story and how our loop is getting closer all the time in the MV Blessings Flow tab. Enjoy!